Matthew Ryan leads a team of consultants across multiple areas of subject matter expertise. The team’s diverse strengths, based on years of a mix of brand marketer and agency work, centers on achieving excellence in all marketing operations.

The company is a boutique consultancy with highly leveraged senior partners supported by a team of engagement managers. The culture is very collaborative and entrepreneurial, and centered on a high standard of rigorous analysis, actionable insights, and strategic solutions. We believe in the diversity of backgrounds, approaches and ideas to energize our working environment and achieve success, for our clients and for our business partners. 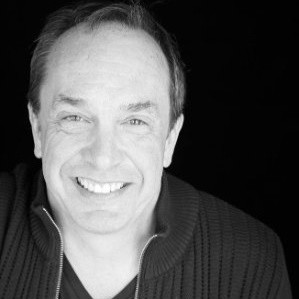 Matt is the founder of newly formed Ryan+Partners and the CEO of Roth Ryan Hayes. RRH is a leader in agency resource search and contracting. Prior to acquiring Roth Associates and re-launching as RRH, he served as Global CEO of WPP’s United Network. Matt’s shift to global work started at Arnold and Euro RSCG, units of Havas. As Co-Chairman and President of Global Brands at Havas Worldwide he profitably managed a 450-person staff of integrated communications professionals. Among the global marketers and brands he worked closely with were Jaguar, Reckitt Benckiser, Merck, Volvo, and Live Nation. His domestic brands included New York Life, Atlantic City, Dos Equis, and others. Prior to joining Havas Worldwide, Matt served as EVP of Havas’s sister agency, Arnold Worldwide. While at Arnold, he led the agency’s winning team in a global Volvo agency review, subsequently staffing and managing the Volvo business globally. Early in his career, Matt rode the first wave of the digital revolution, founding integrated agency Ryan, Drossman & Partners. A pioneer in digital technologies, the agency launched renowned digital-first brands such as MovieFone, SportsLine.com, TheStreet.com, Verio, and Cantor Fitzgerald. Matt ran the agency for a decade before selling. He then served as CEO of the publicly-traded Change Technology Partners, leading the company through 12 acquisitions. Due to his success in fostering and navigating this period of intense growth, he became EVP/Partner at Roth Associates, where he conducted advertising and media agency searches for leading advertisers such as Jaguar, Toyota, and Shell. Matt is a graduate of Syracuse University, where he received a B.A. in Political Science and a B.S. in Newspaper Journalism. 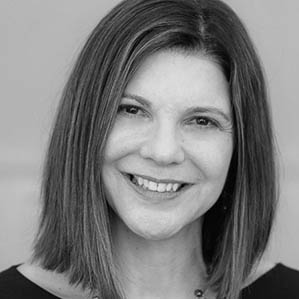 Carla brings a wealth of consulting expertise to Ryan + Partners, helping clients build differentiated insights, improve customer engagement, and navigate strategic marketing issues. With a unique combination of Corporate and Agency experience, she is skilled at brand strategy, digital strategy, marketing planning, CRM, conducting primary qualitative & quantitative research and lead gen. Carla’s agency work includes time at Ogilvy and Havas where she created break-through, business driving campaigns for brands including American Express, Jaguar Cars, Kraft and Verizon Business. On the marketing side, Carla has significant experience working with start-ups including leading marketing for FidoPharm’s PetArmor brand which led to $100 million+ sales and launching Veterinary Prime’s Humankind – a 100% Human Quality food for dogs, driving all aspects of commercialization. Other corporate experience includes Johnson & Johnson Consumer Inc. and SodaStream Inc. Carla is a graduate of Duke University where she majored in Public Policy Studies. In 2019, Carla was elected to the Town Board for the Town of Pound Ridge where she is currently serving a 4-year term. 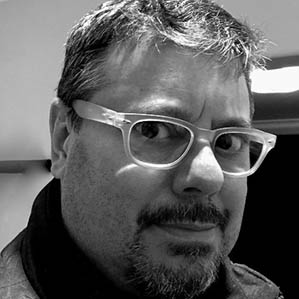 A pioneer in 360 communications strategy, he’s developed transformative campaigns for Charles Schwab, Jaguar, Exxon Mobil, Dos Equis, Nestle, Keurig and TD Ameritrade. His work has taken him from Media Planning Director at DDB to the creative department at Havas. There he developed the role of Executive Creative Director of Media; solving for the creative implications of the changing media landscape. Recognizing clients’ need to transform their brand experience, he introduced new capabilities in branding, social, content, culture and data. He co-authored Havas’ Creative Business Ideas (CBI) global process and Brand Momentum Studies. In 2017 he left the agency world to begin working directly with marketers and media owners to reinvent their marketing strategy and operations. Of all his work, he’s most proud of creating the “Good Life 2.0: Living Better Instead of Bigger” for the World Business Council on Sustainable Development (WBCSD). This roadmap for changing consumer aspirations continues to gain momentum at leading corporations and cities across the globe. After a lifetime of NYC winters, Richard finally defected to Santa Cruz, CA. where he plays bass in his new Surf band. 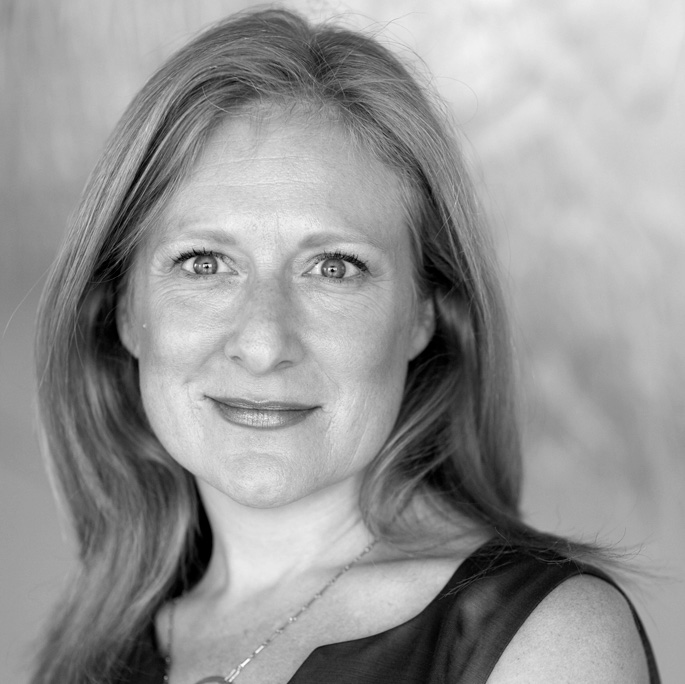 Christine established and is currently leading Live Nation’s first Agency Partnerships practice to advocate and create excitement for live music and the innovative ways brands can leverage the intimacy of music at scale.  Christine is building Live Nation on a career spanning agency account management, Fast Company Publisher and iHeartMedia agency and industry partnerships. Christine serves as an Advisor to the founder of BRANDthro innovating at the intersection of emotional data and consumer insights.

Prior to joining iHeartMedia, Christine was the groundbreaking and award-winning Publisher at Fast Company. She was responsible for driving the Fast Company brand while leading its advertising sales, marketing and promotions. Christine’s roles at Fast Company evolved since her joining, serving progressively as National Sales Director and Publisher. She was instrumental in the title’s remarkable reinvention following the purchase by Morningstar’s Founder and CEO Joe Mansueto. During Christine’s time as Publisher, Fast Company’s revenue quadrupled and its media franchise expanded to five advertising supported content streams, and across all devices. The rapid succession of innovative steps culminated in Fast Company being named “Magazine of the Year” by ASME and named to AdWeek’s Hot list three consecutive years (2008 –- 2010) and to AdAge’s A List in 2008. Personally, Christine was named one of Media Industry News’ 21 Most Intriguing People.

A lifetime Girl Scout (literally), being one of the first Gold Award recipients in the State of New York she continues to be supportive of the organization. An avid environmentalist and animal activist, she was a member of the governing board of Chicago’s Anti-Cruelty Society (working with the Chicago Police Department and the Anti-Cruelty Society, responsible for the establishment Anti-Dog-Fighting crime units in all police precincts). She sits on the board of trustees for the Cheetah Conservation Fund.

For more than 20 years, Russel has been advising companies around the world on all aspects of marketing agency supplier management. He is a serial entrepreneur who was an owner of Select Resources, a founding partner of Ark Advisors, and founder of External View.

Russel started his career as a copywriter but discovered his true calling was in account management. His first job was with McCann Erickson, but he spent the majority of his advertising career at DDB where he was a Senior Vice President, Group Account Director.

Russel’s consulting approach was profoundly shaped by his experience working with marketers that were in the throes of deregulation and structural change – airlines, healthcare, telecommunications, banking, and energy. Working in uncharted territory and creating solutions for never-seen-before problems has proven to be a great foundation for helping companies cope with the volatility of modern marketing.

While best known as a “search consultant” because of the 250+ searches he has conducted, Russel sees marketing agency supplier management as a complex system involving much more than just firing and hiring agencies. Although he has conducted searches accounting for billions of dollars in billings, Russel’s greatest achievements have been revitalizing client-agency relationships, reengineering marketing departments and agency rosters, and bringing sanity to the marketing procurement discipline.

Russel is an active supporter of industry trade associations. In addition to his involvement with the 4A’s, he also works with the American Marketing Association (AMA), Association of National Advertisers (ANA), the Incorporated Society of British Advertisers (ISBA), and the World Advertising Federation (WAF). 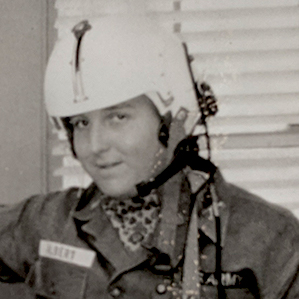 Bruce Albert formed Applegate Seven in 2008 to provide strategic, funding and marketing communications counsel for early and growth stage businesses driven by technology. He is currently an executive advisor to Progress Partners and Ryan+Partners. And he is consulting with companies competing in high-growth categories including: behavioral science and technology; organizational and operational design; platforms for customer acquisition, engagement, sales tracking and data collection. Bruce is also a volunteer advisor and Chairman of the The Lisa Colagrossi Brain Aneurysm Foundation.

Bruce played leading roles in business development, M&A, forming and reengineering agencies, and executing market entry strategies, domestically and abroad. His work on multi-national brands in the United States, Europe and Asia-Pacific enables Bruce to provide global clients with country-specific and pan-regional intelligence and perspectives that are critical to launching, scaling and monetizing their businesses. 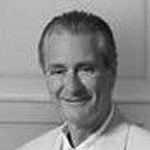 Major areas of domestic and international focus are as follows:

Wil is a chartered accountant with an MBA and an Honors degree in Economics. He has lectured in compensation and performance management at NYU’s Stern School of Business and at Fairfield University, CT. He has also facilitated workshops in productivity measurement for SIOP (Society of Industrial & Organization Psychologists), SHRM, DI (Destination International) and for a benchmarking group of Fortune 500 companies. 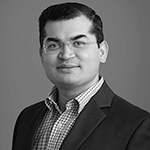 Mr. Jain joined Athyrium in 2018 as a Partner. Mr. Jain has more than 10 years of healthcare investment experience across a range of sub-sectors including post-acute care, pharma services, consumer-oriented healthcare, medical devices, and healthcare IT. Prior to joining Athyrium, Mr. Jain was a Director at Thomas H. Lee Partners (THL), one of the world’s oldest and most experienced private equity firms.

Before THL, Mr. Jain started his investment career at Riverside Partners, a middle-market private equity firm focused on investing behind founder and family-owned healthcare and technology businesses. Previously, Mr. Jain was a consultant with The Boston Consulting Group, where he specialized in growth strategies for healthcare companies. Mr. Jain also previously served on the Boards of Directors of Party City, Curo Health Services, and Professional Physical Therapy. 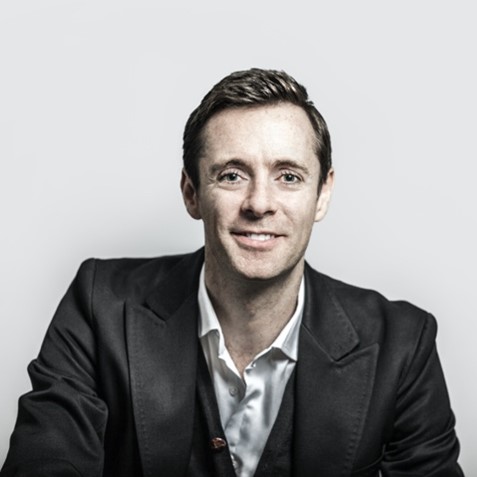 With over 20 years of experience spanning both the agency and client side, Paul has a reputation for building iconic brands that create sustained growth for the businesses they serve.

After two decades as an agency leader, Paul left the agency world in 2020 to join a Silicon Valley start-up, HamsaPay, where he serves as CMO as well as the operational head of the LATAM region. Two years in, the blockchain-based fintech is thriving and Paul, having built the brand, marketing, and customer experience from scratch, has hands-on experience of the opportunities and challenges facing a CMO in 2022.

Immediately prior to going client-side Paul was Partner and President of Venables Bell & Partners, a San Francisco based creative Agency. Under his leadership the agency was recognized as a Top Ten Agency in the US (Adage A-List), named Breakthrough Agency of the Year by Adweek, and nominated to Fast Company’s Most Innovative Agencies List. The agency also experienced the strongest creative run in its history winning amongst other things, the Titanium Grand Prix at the Cannes Lions Festival.

For over ten years, Paul led the New Business & Marketing Departments of his agencies, and has a deep understanding of the pitch process, as well as of how to get the most from agencies during this stage of the relationship. Paul has also been a judge at the Effies and a regular speaker at Adweek, Cannes Lions and the 3% Conference, often speaking on the subjects of pitching and agency relations.